This link contains photos of various activities that the Northwest-supported churches in the Yucatan of Mexico participated in during October through December of 2019. There are photos of church services, birthday celebrations, an evangelism campaign, celebrations of church anniversaries, and a three-day medical campaign. The medical mission was held in early November in the cities of Tizimin and Tixcancal. Eighteen Mexican doctors who are members of the church flew in from various cities across the country and brought their own medical supplies. The Yucatan churches provided transportation, housing, and meals for the doctors. About 700 people were served by this ministry. Please keep the preachers, their families, and the various congregations in your prayers. 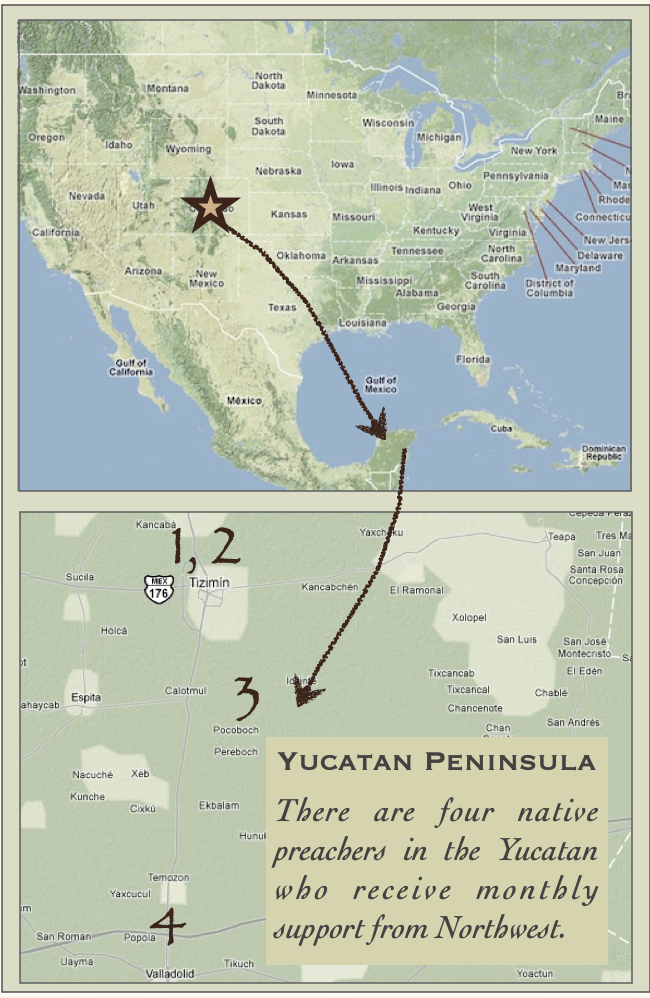 HOW YOU CAN HELP

WHAT NORTHWEST HAS HELPED PROVIDE

In December 1985 Northwest received a letter from Felipe Mukul asking for support.  Felipe had completed preacher training.  He wanted to serve the Lord in Tizimin, Mexico with his wife, Alicia and infant son Bani.  Northwest began supporting Felipe in 1986 and eventually provided for a building and a home at the Santa Rita site.  Out of the Santa Rita church came preachers (Eliseo, Juan, Galo) for new churches being established (Tizimin-Santa Maria, Pocoboch, Valladolid).

There are about a dozen churches of Christ in the eastern part of the Yucatan, and these four preachers are responsible for eight of those churches.  They collaborate with the preachers from the other congregations during area-wide events.  In addition to normal worship services and Bible studies the activities include: